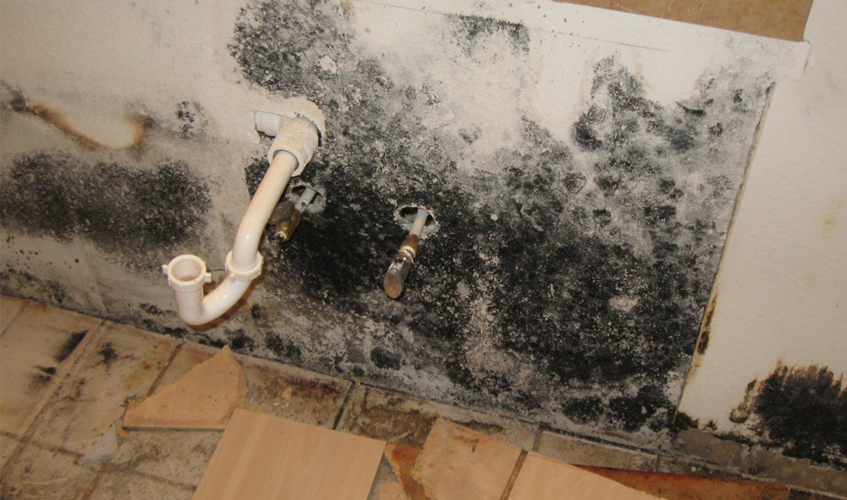 Mould can be found anywhere. It is a type of fungus that grows both indoors and outdoors if the conditions in the environment facilitate its growth. In homes, mould usually grows in damp places, such as bathrooms and basements, but it can grow in any room where there are high levels of humidity. Patches of mould certainly look unsightly, although mould isn’t always visible and may grow in places you can’t see, such as under the floorboards. In addition to its nasty appearance, mould can also have a negative effect on your health.

Mould exposure doesn’t always produce symptoms. Certain types of mould are considered harmless (such as those used in the food industry), and mould requires certain conditions to emit toxins. The severity of symptoms caused by mould exposure varies from person to person, and those who have a mould allergy, or asthma, or other diseases of the respiratory system, usually get worse symptoms.

Below is the list of symptoms that may be caused by mould exposure:

Eye symptoms produced by the exposure to mould are characteristic of an allergy. If you’re exposed to mould, your eyes may become itchy, red, and watery.

mould exposure can lead to skin dryness, irritation, and itching in some people. It can also aggravate certain skin conditions, such as eczema.

Post-nasal drip is when excess mucus runs from the back of your nose down your throat, causing soreness. Being exposed to mould can cause this symptom in some people.

Exposure to mould can trigger coughing even in healthy people who don’t have an allergy and/or asthma.

Shortness of breath is a symptom that is particularly severe in people who have asthma. Some studies even link exposure to mould to the development of this condition.

Feeling tired is a non-specific symptom that can be caused by a wide variety of conditions. Constant mould exposure can also cause people to feel tired of seemingly no obvious reason.

A headache is a less common symptom of mould exposure. Those who suffer from migraines may notice that mould is one of their triggers.

If you think you have symptoms of mould exposure, check your home for the presence of mould. Because mould isn’t always visible, you may need to have your home tested.

How to get rid of mould

There are many ways to get rid of mould. For the best results, the process should have 3 phases:

You should start by removing fungus with a bleach spray from walls, windowsills, and any other places that got infected. A brush with stiff bristles is the best for this task. If any wooden objects have a mould colony on them, then it’s better to replace or remove them completely.

Next, you should use a chemical treatment. It can be special fungus removers or any other substances that are used for this purpose. Let the surface on which you used the treatment dry.

Lastly, you need to find out what caused mould to grow and eliminate the reason. It’s a necessary step, which will ensure that mould won’t appear again.

When treating mould, don’t forget to wear gloves and a protective face-mask. Also, it is recommended to open the windows in the room you are working in.

To prevent mould from growing, it’s better to keep humid spaces well-ventilated and spread your towels to dry. Also, act quickly if you discover any licks.

Keep in mind that if the place is dry and has good air conditioning, then it’s very unlikely for mould to grow there. Remember that mould is a health hazard and as such, you should always seek professional help when the area becomes too large or you have a recurring issue.

The Environment Agency is starting a project to repair a flood wall in Sprotbrough, Doncaster, to protect homes and businesses from the devastating impacts of flooding.

Flood defences in Devon and Cornwall are becoming chattier than ever, engaging passersby in conversations about flood risk and plastic pollution.

The rescue of one of the North East’s great historic houses in now complete after a four-year, £7.4 million project.

Concerned about damaged pipework in your home? Got a leak you cant find? Suffered fire damage to your home? Need some help with your household insurance policy? Why not have a look through our advice centre for assistance.

many thanks for the excellent service, throughout our ordeal